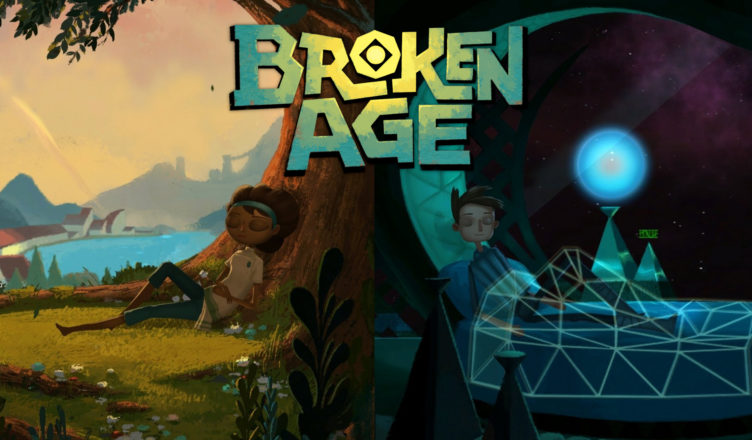 Initially supported via crowdfunding and released in two parts Broken Age is now available in its entirety across a range of platforms (though it is no longer available on Android) and is viewed by some as kind of a modern classic within the point and click genre. Written by Tim Schafer and developed by Double Fine Productions, the title also boasts a star-studded voice cast including Elijah Wood, Jack Black and Masasa Moyo.

The game is a 2D point-and-click adventure in which the player takes control of two teenagers, Vella Tartine and Shay Volta. Each exists separately but their different lives and experiences are revealed to be curiously intertwined as the game’s narrative progresses.

As each character’s story begins, similarities in their estranged circumstances become apparent. Vella has been chosen by her village to have the honour of being sacrificed to the ominous monster Mog-Chothra but decides to go against ages-old tradition and escape. Simultaneously, out in space, Shay has been living a solitary and bubble wrapped existence under the care of a motherly computer, his every need is met yet he yearns for freedom and excitement. Despite very different settings, both characters seek liberation by asserting themselves over external pressures and expectations.

The game has a multi-layered and intriguing narrative and uses a range of techniques to deliver the story in an original and non-linear way and includes a few surprises along the way. Much like Broken Age’s protagonists, the various side characters are well developed and have at least some level of complexity, they are interesting beyond the surface level interactions, often have their own backstories and are used cleverly as narrative devices in themselves. In fact, a lot of the game’s humour is derived from interactions with other characters, objects and environments rather than from Vella or Shay themselves.

Broken Age is divided into two acts throughout which players can choose to switch between characters with almost complete autonomy. However, there are a few instances where problems can only be solved by utilising information from the other character’s environment. The puzzles in the first half of the game fit seamlessly with the narrative and help progress the story and stoke the player’s interest but this falls apart somewhat in the second act.

The quality of the puzzles and overall gameplay drops significantly in the latter half of the game. Even when there is a still a clear path of logic within the solution, the way in which the puzzle is implemented means it is easy to overlook things and often results in backtracking for specific and often pointless interactions. This, in turn, slows the narrative and is detrimental to the whole experience. What is possibly most upsetting about the seemingly lower standards of act two is that it was produced using funds from the release of the first section and was probably a disappointment to backers.

Broken Age’s aesthetic is made up of hand-painted artwork in a very pleasant, soft cartoon style. Colour palettes vary throughout the diverse range of environments and use a mix of bright and muted colours to add to the atmosphere and increase the impact of each scene’s lighting.

The game’s soundtrack is quite twee and bouncy for the most part but becomes more erratic and tension building when appropriate. As expected, the voice acting is fantastic, creating a real sense of each character. However, the more recognisable of the cast voices can draw the player out of the game and break the sense of immersion.

Broken Age is an enjoyable experience, a single playthrough will provide around twelve hours of gameplay with choices and achievements providing a minimal amount of replayability. However, the first act of the game is far superior and sets expectations high, as a result, the latter half of the game feels sub-par with frustrating puzzles and less successful story delivery. Whilst act two isn’t inherently bad, the various failings exacerbate each other, melding together to garner disappointment when compared to the much more cohesive and agreeable first section. Overall, the game is worth playing but bought on sale rather than at full price due to its age and varying standards of gameplay.

If you enjoyed this and are interested in other point-and-click adventure games why not take a look at:
Escaped Chasm – Brothers: A Tale of Two Sons – Still There