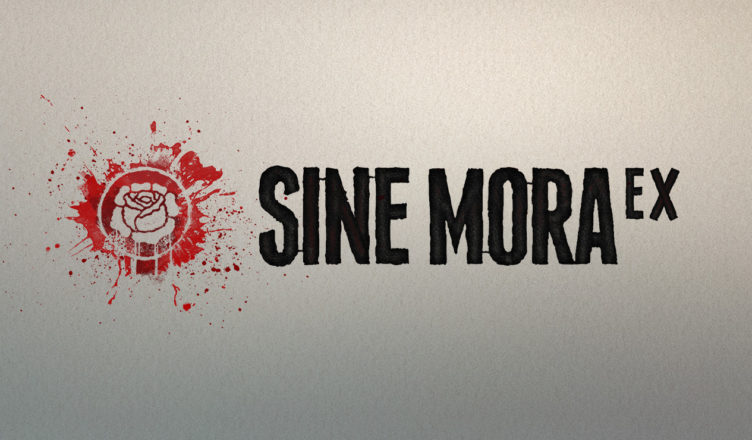 Sine Mora EX is a horizontal shoot-em-up game originally developed by Digital Reality (now part of THQ Nordic) and then co-developed by Grasshopper Manufacture. Instead of relying on health bars or a limited number of hits before your plane is destroyed, time is of the essence as each hit you sustain saps away your remaining time. The EX version of the game includes quality-of-life updates such as 16:9 support, support for 4K 60FPS, and English voice acting in addition to the original Hungarian voice acting, as well as additional game-modes and coop multiplayer.

While the game is designed around the Challenging difficulty, Story Mode includes a normal mode for players who aren’t big into shmups. Also, the game includes a plethora of other modes, such as Boss Attack for training, Score Attack for high scores, Arcade Mode to skip the story, Versus for cooperative games, and the self-explanatory Challenges. Most modes have several continues, with Story Mode letting you start from any stage you unlocked.

Any shmup player should feel right at home in Sine Mora EX with its conventional gameplay. You play as different pilots controlling several planes equipped with an upgradeable main gun, a limited stock of sub-weapons, and a refillable time capsule. Using your available arsenal, you destroy enemy fleets, dodge their fire, and pick up useful power-ups before facing the bosses – the main attraction of the game. The bosses (designed by anime director Mahiro Maeda) are often multi-phased and require shooting specific parts such as turrets before proceeding to the next phases. I found the bosses to be the most exciting parts of the game, as they can be difficult without being too repetitive.

The enemies aren’t the only hazards in the stages, as you will be weaving through dangerous tight environments. You can’t collide with ceilings, walls, or floors without losing precious time, and sometimes you need to interact with the environment to survive, such as hiding your plane inside raw material to get past a factory’s security system. Whether you’re dealing with enemies or the environment, if your remaining time hits zero, you lose a life and start from the last checkpoint. You also gain more time by destroying enemies or collecting “extra time” pickups.

Unique to Sine Mora EX is the focus on time. Rather than use a health bar, each hit you sustain takes away time, and each enemy you successfully destroy adds to your time. You can also activate your limited time capsules, allowing you to slow down the action around you, which is useful for dodging bullets and precise maneuvers, or to activate other abilities available outside of Story Mode. You are always racing against the clock, pressured to add and save time as much as possible, which makes the game a surprisingly fresh addition to the genre. The gameplay is excellent, with my only complaint being that it’s easy to lose your weapon power-ups and very difficult to get them back safely, making it much harder to take down bosses.

Sine Mora EX is undeniably gorgeous to look at. No matter where you are in the game, the environment, the bosses and even your ship are very pretty look at while not too realistic. The levels are superbly vivid, making use of colors that pop out with bright skies, green plains, and blue oceans that are very pleasant to look at. The action itself is no less visually appealing for a shmup, with patterns of multiple bullets making for spectacularly deadly bullet curtains.

The music of the game (composed by Akira Yamaoka) tends to be calmer outside of boss fights, but quickly picks up the pace with bosses through exciting, energetic tracks, which adds to the sense of urgency that facing a boss entails. The sound effects are your usual shmup fanfare, plentiful and provide the usual feedback to indicate things such as if you’re hitting an enemy or not.

Sine Mora EX is an over-the-top delight that you shouldn’t miss if you’re a fan of shmups. The game’s extensive focus on time, the numerous modes, the feast of visuals, and its overall presentation makes for a tasty hardcore package. It’s worth every cent at full price, and you will get a lot of bang out of your buck.

Sine Mora EX is just one bullet game out of many that we reviewed. If you would like more, why not take a gander at the following:
Lumiette – Blink Rogues – Resquid