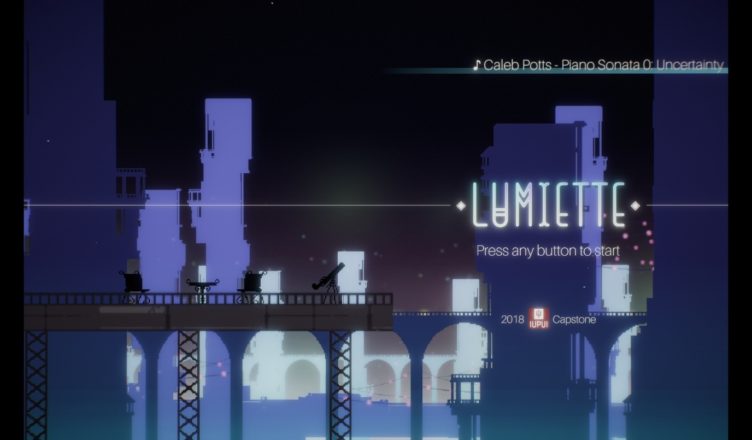 Lumiette is a game inspired by Japanese bullet hell developers CAVE and Team Shanghai Alice (of Touhou fame), and the gameplay doesn’t hold back. In fact, some of the mechanics are inspired by the tougher Touhou instalments (such as the 11th title, Subterranean Animism) rather than the easier ones. It takes on a fresh, dream-like setting, with faeries and robots attacking the main character, Dreamer.

Lumiette is currently in development (alpha phase) and is bound to change over time, with 0.027a being the latest version as of the writing (as of April 2019, it is at 0.26a). You can play the alpha for free, or support the developer, Ben Nguyen. There are four levels and an extra level planned, with Dreamer’s apartment acting as the hub world through which you can start the game, read tips, adjust the settings or purchase cosmetic unlockables using credits gained from playing the game. It is worth noting that as of now, there no difficulty levels, with only the default difficulty available.

Lumiette’s mechanics are the typical fare for a bullet hell heaven game. New to the game is that you shoot with the directional keys or right analog stick, aiming the shooting slightly to the left, right or straight forward, and you move with the WASD keys or left analogy stick. You can focus, which turns your scatter shot into a large but narrow-ranged laser and shows your hitbox. You then dodge and graze oncoming bullets.

You can earn “Faerie Familiars” which are additional orbs shooting straight lasers by obtaining experience, and you can deplete them by using Magic – the equivalent of bombs, which clear the screen of bullets (this mechanic was used in Touhou 10 and 11). Through making use of the Chain system, you can gain life pieces for every 200 chains, five of which earn you an extra life. The chain mechanic rewards you for shooting and grazing bullets, and auto-collecting items.

At the end of the first stage, you get to fight the first boss (as a test of sorts), Lumeyus, wherein he moves from his simplistic unnamed attacks followed by a Test of Resolve – the equivalent of Touhou’s spell cards. There are two of these, and personally I think the second of them, “And Stars Ringed,” is inspired by one of Touhou’s many final bosses.

The musical score fits the game and its theme of dreams well, and I’d love to hear more as future content is released. The visuals are also appealing, requiring no portrait art to better show the bosses. Personally, what I think this game needs are difficulty levels, if not for players new to bullet hell heaven then for practice. It took me three tries to nail a good run of Stage 1 without dying, which is fair, but who knows how harder Lumiette gets from there. I’d place it on Hard, the 2nd most difficult out of Touhou’s four difficulties.

Another thing to note is that Lumiette may require a beefy PC to handle its graphics. I am sure that by time, there will be more graphical options to keep the framerate of the game steady and decent for any device.

Lumiette is a nice take on the bullet hell concept as defined by well-known Japanese games of the genre, and a reasonable challenge to those familiar with the genre but can be unforgiving to newcomers thanks to its lack of difficulty levels. With more development, I would like to see Lumiette turn into an excellent game worth your time.

One thought on “A Bullet Heaven – Lumiette”