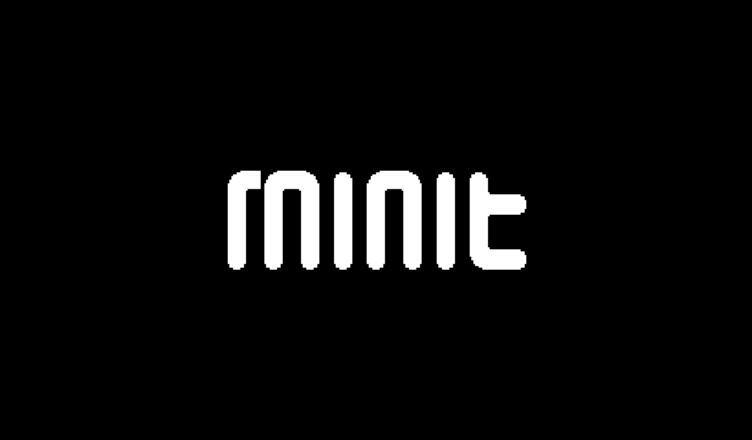 Minit is played in runs of one minute. In this Legend of Zelda-like adventure game, you (inevitably) pick up a sword found on a nearby shore, only to learn that it is cursed, and will kill you in 60 seconds. It is up to you to figure out how to best use those one-minute dashes to get to the Sword Factory!

The core gameplay is simple and minimal: you can move around, thrust your sword, and retry (by instantly killing yourself with the press of a button). What makes the game unique is the constantly ticking timer, forcing you to always make the best of your remaining time. While the protagonist’s life is never guaranteed, you always keep your items and progress, so each run acts as a foundation for a future run. To help with travel, the protagonist can find homes spread around the world, acting as a respawn point when you run out of time or retry.

Minit’s world is small but progressing requires a level of thinking and interacting with the world. Fighting hostiles with your cursed sword is a tiny part of the game compared to the various quests, which range from exploring the map for essential items, or outright pushing and hitting whatever you can to see if it’ll lead you to a new place or treasure, all under the pressure of the ticking countdown.

Surprisingly, the premise of the game wasn’t frustrating, but enjoyable. The further you get in the game, the more that you can do in sixty seconds, and the easier it becomes to get to where you want. This sense of progression is quite satisfying, even if you’ll never live to see the 61st second. The only let down was the short playtime of around three hours, as there could’ve been more places to visit before going to the factory.

Minit’s art style is as minimal as it could be, with the only colors being black and white. You could adjust the intensity of either color, which can make the game more accessible and easier on the eyes, but that’s about it. It’s far from spectacular by all means, but amazingly enough, the game fares well even with the lack of colors, as the few general surroundings, visual effects, and other cues give just enough info for the imagination to fill in the blanks.

The music is perfectly fitting for a lighthearted adventure, using modern instruments such as the electric guitar. There are different tunes for each locale, with random segments playing in every run. While you may only ever hear them in portions of one minute, they add greatly to the enjoyment of the game.

As a unique adventure game, Minit is a fun addition to your library. Though the game is too short, it is perfect for long sessions, as well as quick bursts especially when on the go. Just figuring out how to journey through the world with only sixty seconds until inevitable doom was gratifying.

Going out on an adventure? Here are some places you should visit!
Haimrik – Curse of the Crescent Isle DX – Kingsway – Pikuniku