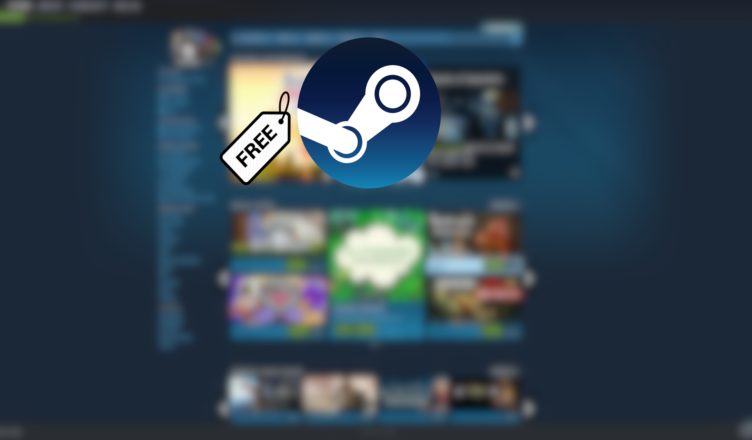 Sometimes we need to scratch that gaming itch, but our libraries and wallets have run dry. That’s why I’ve assembled a list of four lesser-known, free indie games available on Steam.

We Were Here – Free

We Were Here is a free co-operative, puzzle, horror game, developed by Total Mayhem Games It is important to note that this game is two-player online co-op only and requires voice chat. Communication is key!

The game begins as you stumble into an abandoned castle whilst trying to escape a frozen wasteland. Once inside, you are separated from your partner, each of you with nothing but a walkie-talkie. You and your partner will find yourselves in corresponding rooms. One contains clues and information, requiring logic to find and piece together whilst the other will have mechanisms and similar providing a more tangible puzzle. The two players must communicate in order to work out what information is needed and how to use it to progress to the next room.

The game has a nice art style, though nothing too remarkable. However, it is paired well with the soundtrack to create a very atmospheric game. There is also some replay value in that you can switch roles and experience the opposite rooms, seeing the game from the other side.
We Were Here is listed as a free pilot episode, but provided a good couple of hours entertainment and a satisfying conclusion. The follow-up, We Were Here Too was released in February 2018 at a cost of £7.19, and a further episode We Were Here Together is set to release later this year.

Sisyphus Reborn is a short, atmospheric, adventure game by Myshkin Entertainment. It is available free on Steam, or if, like me, you enjoy it, you can buy the ‘Collector’s Edition’, a DLC which gives you the soundtrack, art book and deleted scenes along with the ability to keep the game in your library just £0.79!

As the protagonist, you find yourself in an unknown place which you traverse in an attempt to find reason and purpose and eventually escape. You’ll need to complete the small (and simple) puzzles that are dotted between vaguely philosophical musings questioning fate, autonomy, meaning and existence in general.

The game has a minimal, black and white, hand-drawn art style, which suits the concept well and proved to be quite striking. The UI, in general, was quite basic, but more than sufficient. The in-game text was not visually appealing and was difficult to read at times, especially being white with a black outline on a white background, I’d probably consider this the game’s main flaw. However, the soundtrack is quite pretty, there are distinct tracks for different areas, but they all maintain the same appropriately minimalist feel.

I imagine there were many time and/or budget constraints, amongst others. The developers have worked well with these limitations, even using them to an advantage, creating a game that is consistent in both concept and tone.

I completed Sisyphus Reborn, with all achievements in just under 1 hour, including time spent making a cup of coffee. It was a short game but I enjoyed playing it and would recommend it to anyone wanting a short, contemplative experience.

Mandagon – Yep, this one’s free too!

Mandagon is a relaxing platformer game by Blind Sky Studios. It is inspired by Tibetan philosophies, has strong themes of life, loss and sacrifice, and is set in Bardo (the Tibetan world for limbo). For the sake of transparency, let me state now that I assisted with the marketing of this game building up to its original release in August 2016.

The player must traverse Bardo, a 2D, non-linear world, finding totems and solving loosely defined puzzles in order to unlock the door at the centre of the map. Whilst you can fall, it is impossible to die, emphasising the location whilst also helping provide a stress-free experience. Snippets of the narrative are revealed as you explore the map but are also delivered in a non-linear way and with enough vagueness to leave the game open to interpretation – though this can also be a little confusing at first.

The game’s main strength is its art style, it features some beautifully detailed pixel art and animations. This is paired brilliantly with an understated but very effective soundtrack, and in fact, all the creative elements of this game are combined harmoniously.

I was reminded of this game whilst playing GRIS as there are a number of similarities, from the death-free platformer game-play to the overarching themes and even some of the in-game architecture. While GRIS obviously provides a longer, more in-depth experience with some undeniably beautiful artwork, Mandagon does well for its short play time (less than 1 hour) and price tag – free.

If you prefer mobile games, Mandagon was later made available on Android for £1.49

Marie’s Room is a short but touching walking simulator by Kenny Guillaume and Dagmar Blommaert and is available free on Steam. It’ll take you 30 mins to an hour to play and has 7 achievements, these are easily obtainable in one playthrough but are missable so be sure to check each area thoroughly as you progress!

It’s a point-and-click style walking simulator inc which you play as Kelsey, returning to your friend Marie’s room after 20 years. Your aim is to recover her journal and upon finding it, are ‘transported’ to the room as it was back then. The story of their friendship is revealed and journal entries are filled in as you explore the room.

There are a couple of items that have their contents and associated memories guarded from you at first. These items provide some minimal gameplay mechanics, were a nice addition to the game and complimented the overall puzzle of piecing the story together.

The narrative gets a little dark at times and covers some pretty heavy subject matter, including alcoholism, assault and poverty but does so tactfully, showing a sensitivity to the issues and refraining from going into more detail than needed. The story as a whole was delivered in a succinct yet emotive way that managed to avoid being overdramatic or sentimental. However, the story’s ending left everything wrapped up just a little too neatly. Some level of ambiguity would have probably had more of an impact than being spoon-fed every detail of a definitive conclusion.

Marie’s Room integrates the admittedly minimal gameplay with the narrative to produce a surprisingly moving story. If you enjoy this genre of game then I would recommend playing this. It will take less than an hour of your time, and has no monetary cost so presents very little to lose yet has a lot to offer.

For a look at the other end of the spectrum, check out this article about extortionately over-priced games and DLC
Did you like this article? Consider supporting Indie Hive through Patreon! Patrons receive an early access article on Mondays!

One thought on “Four Free on Steam – Gaming on a Budget”