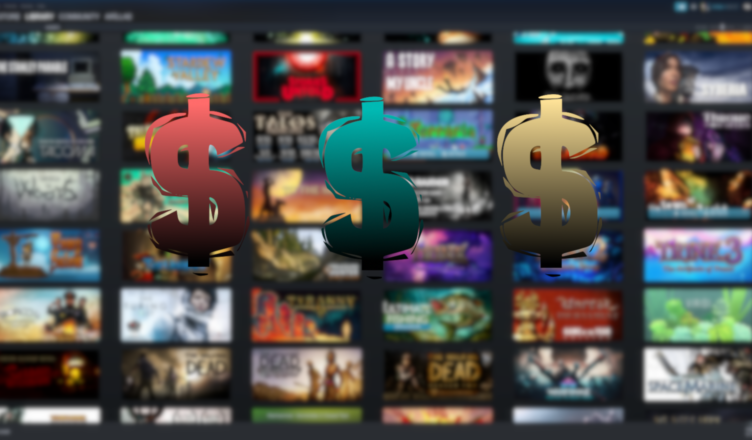 “Are these things really better than the thing I already have? Or am I just trained to be dissatisfied with what I have now?” Chuck Palahniuk

When I think of overpriced DLC, the first things that spring to mine are EA’s never-ending string of Sims expansion packs. However, these games and their add-ons total ‘mere’ hundreds of pounds; the entire Sims 3 collection will set you back £329.80. This may sound like a lot to spend on a single game but it pales in comparison to some of the other offerings on Steam.

Unsurprisingly, larger studios and publishers are regularly guilty of churning out DLC and overcharging for it. For example, Ubisoft’s Rocksmith 2014 Remastered Edition has 1,358 items available to purchase for a staggering total of £5,139.58! EVE Online’s 19 DLC items cost £1,123.65 and the COD: Franchise Collection, which includes 39 items will lighten your wallet by £728.33!

Dovetail Games, in particular, are repeat offenders. They developed and published Train Simulator, which currently boasts 498 DLC items totalling £5,577.83. They also published the Steam edition of Microsoft Flight Simulator X, charging £3785.35 for the 265 extras that are available. These games are fairly in-depth simulators and the content is designed to be experienced in detail over long periods, even so, an average of £10-15 per item is pretty steep!

The world of indie games is not devoid of culprits, however. Sadly, some of the worst examples of excessive and expensive DLC come from indie developers. One of the priciest stand-alone items I could find was a (pretty awful looking) game called ADR Labelling Game. The game, developed and published by Suomen Kuljetusturva Oy, claims to teach the player the basics of markings dangerous goods transport vehicles for the low low price of £429.99!

The most expensive collection of DLC I came across was another indie offering. Players can purchase 1,225 extra items for Fantasy Grounds by Smiteworks USA, LLC . . . if they have a spare £9,552.82!

Assuming you don’t have a spare £20k floating about we’ve compiled a list of completely free games from a variety of genres.

N.B. All prices were taken from Steam and were correct at the time of writing.