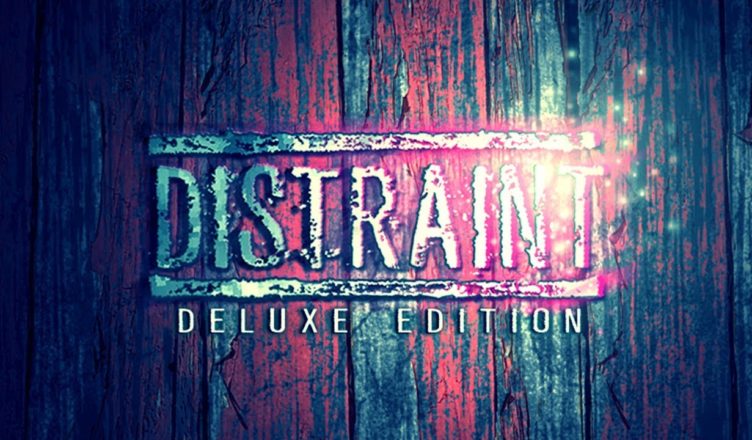 DISTRAINT is a side-scrolling, point-and-click, horror game about an ambitious young man named Price trying to work his way to a partnership at a prestigious firm. The work assignments repeatedly force the protagonist to question their morals and ask what they are willing to do to achieve their goal. Greed and consequences are the overarching themes of the game and it explores them really well, especially considering the relatively short playtime of 2-3 hours.

I played the deluxe edition of DISTRAINT, which for the most part now comes as standard, though some platforms and stores do provide both versions when you purchase the game. The more recent edition came as a free upgrade for existing and future players of the game and consisted of the following, mostly cosmetic improvements.

Despite the update, there were still a few minor issues. There are minimal setting options; sound effects and music volumes can’t be adjusted separately, only with a master volume control, there are also no real graphics options to mention. However, keybindings can be altered and the intensity of the film grain effect was also adjustable (thankfully). It’s also worth noting that the game has no auto-saves and must be saved manually at specific save points within the game world.

DISTRAINT features some nice, atmospheric pixel graphics that make good use of lighting and splashes of vibrant colour on an otherwise muted colour palette and somehow manages to be both cute and sinister in tone. The music is minimal but there is some variety in keeping with the nature of each scene. Background noises and sound effects were mostly well utilised but some felt a little cliché and there was a bit too much repetition.

Gameplay consists of typical point-and-click mechanics, a bit of back and forth, finding items to add to a limited inventory and solving basic puzzles. There are also some more in-depth puzzles involving logic, speed and navigation among other things but nothing particularly challenging.

The themes explored within the game, and the overall storyline gets quite dark in places and touches on some fairly heavy subject matter. The environments and scenarios also become increasingly psychedelic and gory as the player progresses and as such comes with a PEGI 16 rating. The game handles these themes mostly tactfully, effectively using the narrative to encourage the player to contemplate such things as morality, avarice and consequences.

DISTRAINT is a thoroughly enjoyable game; it is an eerie, sometimes uncomfortable but meaningful experience. The aesthetics complement the narrative and themes in tone, with even the juxtaposition of the gore and cuteness acting as a visual parallel to the story-line. It is a short game with limited replayability but also has a pretty low price tag (albeit confusing variations across platforms). It has elements from a number of genres but I’d especially recommend it to fans of horror point-and-click games.

For more Indie Hive reviews click here, or check out our Discord community and join the discussion!