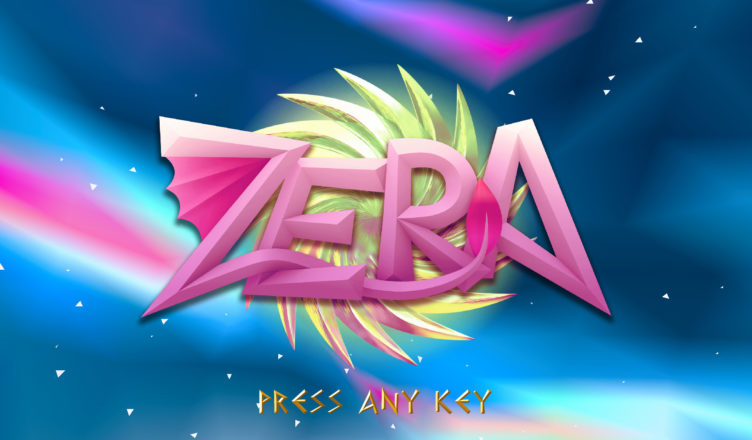 Zera: Myths Awaken is an in-development 3D platformer by Cyreides inspired by the beloved PlayStation Spyro the Dragon trilogy – originally a fangame before turning into an original project. You play as the “Axolotl/Bat hybrid” Zera along with her companion Kiwi, on a quest to save Gaia from an evil force. While the game is far from complete, what it has on display is promising. This review covers version 4.0.

The game plays a lot like the original Spyro games with a couple of major changes to the platforming. You can dash, screech (instead of flame) and jump in over to navigate the dreamy levels and dispatch the various enemies, but new to Zera is a whole lot of mechanics for jumping to higher places. While dashing, you could pull off a “handspring,” a special jump which allows you to “double jump” and gain extra height. Furthermore, you can somersault to drop down quickly while gaining a slight boost forwards. Gliding and flapping (hovering) is also essential in the game. That said, mastering these mechanics is hard, especially for long jump combos which involve pressing multiple buttons to successfully pull off, and will take a while for you to adjust, not to mention Zera doesn’t show you how to get over some seemingly impossible gaps. The main goal is to collect Relics and Essence, which will be used for unlocking levels in the upcoming build.

Zera’s three available levels, in addition to the hub world, are vast open areas where mastery of jumping is necessary to fully explore, in contrast to Spyro’s usually tighter environments. The levels are full of color and wholly mystical, making them a delightful treat for explorers and completionists. The enemies are hard to deal with since there’s a small window where you hit or get hit. Despite any setbacks the game may suffer from, it’s a wonderful treat that I’d recommend to any fan of 3D platformers in general.

Zera’s art draws heavily from Spyro down to the way it’s rendered. Aside from the different, dragon-less setting, the game pulls all the stops to graphically look no different from its inspiration, but excel in improving on the aesthetics. By default, Zera loads in classic graphics mode, which renders the game at low resolution with dithering similar to the PlayStation, while the emulated graphics mode renders the game in full resolution. Regardless, the game looks stunning yet faithful to the hardware limitations of the PlayStation.

The music is superb and environmental, perfectly fitting each habitat. The music, except for one track, is the one aspect of the game to not take too heavily from the game’s origins. It is also insanely catchy, memorable, and very pleasant to listen to.

Zera: Myths Awaken is a passionate throwback to PlayStation classics and one that you should play as soon as possible. The game is constantly updated with new content being on shown on the Cyreides’s YouTube channel before going live on GameJolt, and it’s free to try

Interested in other platformers? Check these reviews out!
Eversion – 40 Winks – Beyond Perception