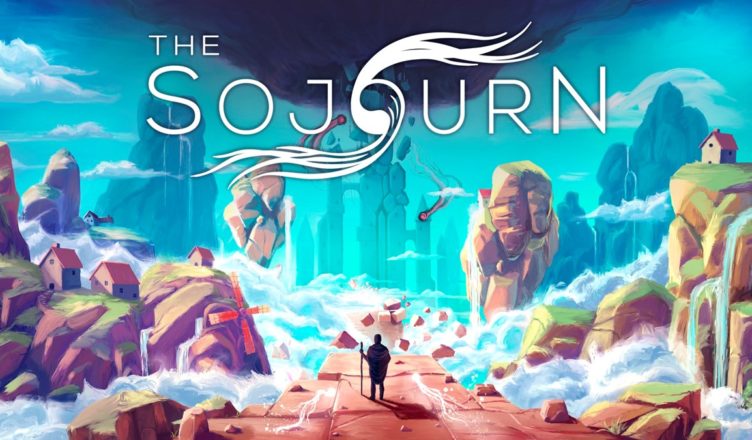 “Each of us is here for a brief sojourn, for what purpose he knows not, though sometimes he thinks he feels it.” – Albert Einstein

The Sojourn is a brand new, beautiful, 3D puzzle game from Shifting Tides (published by Iceberg Interactive) which releases tomorrow on PC, PS4 and Xbox (20th September 2019). The PC version is currently available on Epic Games Store and will be coming to other platforms, such as Steam, in approximately 12 months time.

The game describes itself as ‘a tale of light, darkness, and the nature of reality’. It begins with the player following a light that will serve as a guide through the mysterious sojourn in a mystical land full of challenges. Only by overcoming a series of increasingly demanding obstacles can the nature of reality be revealed!

The Sojourn has four main chapters, each divided into smaller sections and puzzles which get more intricate as you progress, with different elements and mechanics being added. The primary mechanic and the first the player is introduced to is gaining the ability to enter the dark world by standing in a fixed point of flames. The player’s view changes when in the dark world, the environment takes on a purple colour palette and becomes darker, there is also a meter indicating how much time you have left in the dark world, but this only decreases whilst moving. The effect of this is that additional platforms are visible and it becomes possible to interact with other items. such as statues and harps.

The sections of each chapter have their own descriptors and the gameplay in each section is reflective of this. For example, the first section ‘Birth’ is a short walk, following the light to the following section ‘Discover’ which included a tutorial of the game’s basic mechanics.

The Sojourn is a very relaxing game, there is no sprint and the jump is more of a skip! The movement-based limit to time spent in the dark world gives the ability an effective usage radius meaning there is no need for rushing. Later mechanics and object interactions do start timed effects but these are less frequently used and implemented in a way that flows well within the context of each puzzle. As a result, despite the puzzles’ increasing difficulty levels, I found myself feeling challenged but not frustrated and even continued to find The Sojourn to be a somewhat calming experience.

The art-style and general aesthetics of the game are a real stand out feature. The game is drenched with colour, dramatic lighting and has a really magical feel to it. Each chapter has a distinct look whilst still feeling like a natural progression from the previous area with no jarring transitions. The environment forms around the player as they enter a new section or puzzle area in a beautifully disconcerting way and the visual elements of the game come together and complement each other to create an atmospheric and ethereal landscape.

The in-game music is as relaxing as the rest of The Sojourn, featuring woodwind, plucked stringed instruments and soft lingering background notes creating a meditative sound. At times it had an Eastern feel to it, making use of pentatonic scales (I think, I’m not confident enough in my musical knowledge to say for sure!) which paired perfectly with the instruments used as well as the game’s visuals.

Overall, The Sojourn is a stunning game that I would highly recommend to fans of the puzzle genre, but also to those who like to find a little meaning in their games, though not necessarily via a direct narrative. The game has a lot of heart and manages to be simultaneously challenging and relaxing. The aesthetics and artwork are beautiful and were clearly a focal point when designing and making the game but the puzzles are clever and the gameplay is strong and uncompromised. I thoroughly enjoyed my sojourn and found the experience both fun and thought-provoking and while no game is to everybody’s liking, I can’t actually fault this one at all and personal game preferences would be the only reason to avoid this title!

If you enjoyed this review and game, you may also like to read about the following games:
GRIS – Rusty Lake Paradise – Plasticity