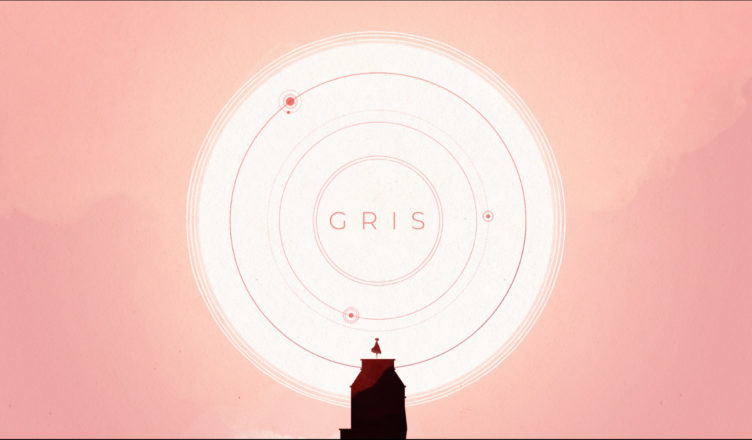 “I don’t think of the misery, but of all the beauty that remains.” Anne Frank

GRIS is the first game by Nomada Studios and was developed using the Unity engine. It provides a beautiful and emotional take on the traditional puzzle-platformer genre. You play as a young girl attempting to deal with a painful experience. Her sorrow and journey through it are represented in her dress which grants an increasing number of abilities as you progress through her world of grief.

The game is obviously visually stunning (every frame is a piece of art), but it goes so much deeper than that. GRIS uses colour to represent the stages of grief through the artwork and compliments this well with various other aspects of the game including sound, mechanics and gameplay. For example, the blue section of the game, which I believe represented depression, features water heavily, possibly illustrative of tears. Additionally, there is a red zone representing anger during which you learn a slam mechanic which turns the dress into a cube allowing the player to smash things or protect themselves.

Every aspect of the game seems meticulously and purposefully crafted and combined to create a moving piece of environmental storytelling. The game is full of metaphors and symbolism, constantly reminding you of the overall theme and narrative.

The soundtrack is mostly serene with a few more dramatic moments. It is used in conjunction with the visuals and adds to the overall atmosphere and feel without being intrusive. The music is beautifully written and it could easily have been overused and become a distraction but instead was implemented perfectly. This is especially important as, with the exception of a few basic control instructions, the game is completely void of text or voice over (it doesn’t need them). GRIS utilises sound, gameplay and visuals to convey meaning and can be universally understood and appreciated.

Both the platformer element and the puzzles become increasingly challenging as the game progresses and as abilities are gained but the inability to die means that there is little risk, maintaining the relaxing feel. End section puzzles have a more intense ‘boss-fight’ feel to them and provide a fun and rewarding transition to the next level despite the lack of any real danger.

Technically, the game is also a pleasure to play, it has smooth controls (even underwater) and fun, yet meaningful, mechanics. PC controls are the standard WASD and SPACE but the default keys for special abilities (L and K) were uncomfortable, however, this was my only complaint and these are changeable.

GRIS is a beautiful and emotional experience in a variety of ways, using each aspect of the medium in tandem and to its full potential. It is relaxing yet challenging, appealing to fans of multiple genres and I would highly recommend it. If you enjoyed the game, others such as What Never Was and Thing in Itself also provide relaxing experiences with a little something different.