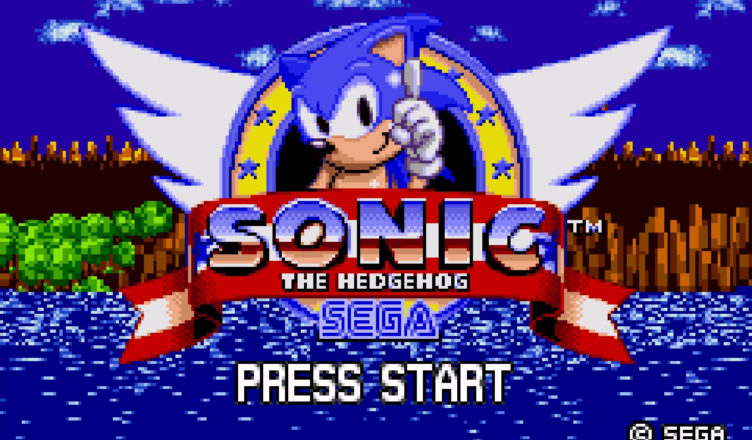 The oddly named Sonic the Hedgehog Genesis is a GameBoy Advance port of the original Sonic the Hedgehog for the SEGA Genesis (Mega Drive). The original Sonic was a massive hit for the Genesis with its unique platforming that encouraged making the most out of the environment to gain speed, and it showcased the console’s performance and technical capabilities by taking it to its limits. It was a massive success for SEGA, spawning the rest of the franchise itself, as well as countless ports of the original with varying quality.

Sonic Genesis is unfortunately perhaps the worst Sonic port there is. Before you notice the physics are off, you will notice the framerate of the game dropping and regaining at any given point in the game, turning the speed-focused gameplay into an unenjoyable slow crawl. A minute in the game is the equivalent of eternity.

If you’re OK with the laggy experience, the game doesn’t stop here. Sonic himself feels less controllable than in the original, with the slightest push of the left or right buttons throwing you further than where you intended to go. When you hit walls at a speed, chances are you will continue moving at that speed once the wall is out of the way (by jumping out or falling). You can fall through small gaps even when going fast, despite the original version allowing you to not fall through them if you’re running. Jumps stop shorter than the original when you release the jump button, which when combined with the framerate and movement, makes escaping Labyrinth Zone a frustrating challenge. To top it off, you can’t see much of the game thanks to the cropped screen, giving you less reaction time to dangers.

There are other oddities that made me raise my eyebrows even further. At some point in Spring Yard Zone, I was rolling down a ramp, but there was a small gap of air between the ramp and Sonic himself. When using the seesaws in Starlight Zone, either Sonic was barely sent up into the sky or flew off the top of the screen. The Starlight Zone boss was also just low enough for Sonic’s jump to reach the machine and damage it, negating the need to make use of the available seesaws to attack Eggman/Robotnik. In the Final Zone, I was crushed by a piston that was going back up.

Sonic Genesis also fails to compensate for its terrible gameplay. The included Anniversary Mode only gives Sonic the ability to spin-dash like in later games, and once you beat it, you unlock access to a Jukebox to play the game’s music (which in my opinion are inferior, but you might like some of them; I know I liked the music for Marble Zone). The sound effects are also changed and most of them never play half the time. The only good point I’ll grant Sonic Genesis is that selecting a zone is not a cheat code, but a feature you can use for each zone you beat (unfortunately you can’t select a specific Act), and if you quit in the middle of a game, the game saves your progress, which you can access from the main menu through the Restart button, putting you back to the last checkpoint you passed; this doesn’t make the game any easier, but at least slightly more palatable (and you can abuse it to get nearly infinite attempts as well).

I would never recommend Sonic Genesis to anyone wishing to experience the Blue Blur’s roots. The shoddy port fails at showing what made the original Sonic great and instead finds ways to make it unenjoyable. It’s by no means impossible to finish, but you’re better off playing any other port you can find on mobile, Genesis compilations for consoles or the new Genesis Mini.

For some great 2D platformers, check out my reviews for Castlevania and Eversion!