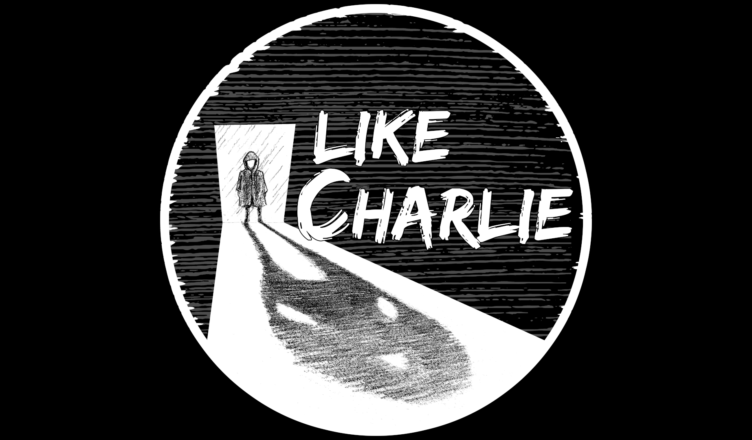 Earlier this year, we reviewed the beautiful, narrative-driven walking-simulator, Marie’s Room as part of our Four Free on Steam article. Kenny from like Charlie, the studio behind the game, has kindly agreed to talk to us about the making of Marie’s Room and what we can expect next from the promising new studio.

How did you first get into game development?

Ever since a kid, I’ve been very passionate about games. The original GameBoy and a little later the PlayStation One were my go-to game consoles. During that time I was always very creative as well. Drawing, crafting, painting, were my jam. So, once I started to get more proficient with computers, I started digging deep into the files of certain games and started altering textures with my self taught Photoshop skills and shitty Wacom, altering some gameplay parameters if they were exposed, etc.

After high school, I started college in 2011. I went to follow a three-year game development curriculum called ‘Digital Arts & Entertainment’ in Howest Kortrijk, Belgium. Here, I specialised in ‘Game Graphics’, but because the course had some very nice broad fundamentals, I grasped the concept of programming and scripting as well. Which would be super beneficial in developing ‘Marie’s Room’.

In 2014 I graduated and in January 2015 I started working at the publishing company Die Keure. I still work there and am part of a four-man game development team. I fill the role as ‘Technical Artist’ and together we make some great educational games and content for primary schools. ‘Kweetet’ was the first and one of the large projects I worked on and I learned so much during this time. I finally found a great team to share these experiences with.

What was the biggest challenge you faced when making Marie’s Room?

Marie’s Room was never meant to be a game at all. One Friday night, when I was feeling a bit bored, I started working on a 3D model of an old portable record player. With no game in mind at all. For over a year I worked on this project alone. I made the first version of the complete room of a teenager girl. Meant as a portfolio piece and her story only told through objects you could see, not even interact with.
During this time it was super hard to keep faith. I was combining this with my other job after hours and during the weekends and had no-one to lean on. I pretty much doubted everything I did and every step I took. Giving up and leaving the project as is, was a thought that passed more than once in my head.

But I ploughed through and even started to do the programming side of things, although this was done with visual scripting. After doing this, a little more than a year, Dagmar joined the project and I could finally share my vision with someone. After that, the difficulties were mostly that of me being project manager. I’d never done anything like it, and making plans and making sure everyone met their deadlines was quite hard sometimes. But we totally managed.

Were you expecting the game to be so well received?

We had no idea at all! We were such small fish, in the super wide ocean of indie games that get released every day on Steam. That frightened us a bit, but we had no expectations to begin with. I just hoped that the people who played were going to enjoy the experience we created and would be emotionally involved.
We were super lucky to be greenlit as one of the last games with Steam’s old Greenlight system. This gave us the much needed exposure before we even released the game.

Remember, we were just two passionate people with no budget trying to make and release a game. We had no marketing, no community managing skills to begin with. We were super stoked with the result and seeing all these different people enjoying the game on Youtube and Twitch.

Were there already plans to form like Charlie together, or was it a result of the success of Marie’s Room?

There was never any plan like this to begin with. Me, and later Dagmar when she joined, just wanted to make a beautiful portfolio piece. Just to be able to point at it and say, “Look, we made this. Hire us please!”.
But after seeing the reception to ‘Marie’s Room’ and seeing what we created it dawned on us that we really had something with potential here. We were a young passionate team, but had a vision. This, together with the much-appreciated support of the local Belgian game dev scene, we took the jump together, and in September 2018, five months after Marie’s Room’s release, like Charlie was born!

Where did you get your inspiration for Kelsey and the game’s narrative?

Before Dagmar joined, I had a very good idea of who Marie was, what she looked like and the choices she’d make as a person. Dagmar was very respectful of that and had the idea of introducing a new character to tell Marie’s story that way. Hesitant at first, but totally happy we did.

Dagmar chose to make Kelsey a contrasting character compared to Marie. This provided a great dynamic and interesting story elements between the two of them. She went looking for inspiration in The River by Bruce Springsteen (the sadness, faith,…), gun violence in high schools, the high school student characters in American Beauty, the magazine ‘Messy Heads’ and teenage blogs.

Marie’s Room tactfully covered some pretty heavy subject matter, can we expect similar themes in Ghost on the Shore?

The focus of the story in Ghost on the Shore will be a little different. This time we’re introducing dialogues with player choices to the game. So the focus will be on the relationship you build as Riley with the ghost Josh, stuck inside your head. While keeping the feel of isolation, because Riley is the only living soul on the Rogue Islands.

On one side, the story will be shaped by how you as a player react to this situation you’re in. How do you deal with a voice inside your head that doesn’t seem to go away? And on the other side you’ll try and figure out the history behind the islands you’re stranded on and seem to gravitate to and figure out who Josh actually was and how he died.

Are you using the same team for your latest project?

Yes and no. Dagmar and I will co-direct the entire game. Dagmar will once again write the story and all dialogues and oversees the narrative. I will make all visual art and am in charge of the sensory aspect (audiovisual look and feel, atmosphere) of the game.

Dries, who made Marie’s Room soundtrack, will once again co-compose and perform the music and this time around will also be audio engineer. Ward, who did the voice over mastering for Marie’s Room will co-compose and perform the music and do audio (field) recordings as well as some engineering wizardry in the studio. Then we welcome two new members to our team. Steven will take over the project managing role and is our experienced gameplay designer. And last but not least is Alex. He takes over my programming duties for this project.

We’ve all known each other for quite some time now, and at one point all worked together (except for Ward) in the publishing company. So we know each other well. With this skilled and varied team, we’re sure that we can deliver an even greater experience than we did with Marie’s Room.

How is work on Ghost on the Shore progressing? Can we still expect to play it early next year?

We’ve finished pre-production a while back and are now gaining speed for full production. We’re aiming for our new and polished gameplay demo to be ready in August, right in time for our visit to Gamescom in Germany.

We expect the full game to release in the second half of 2020.

What do you like most about working in the games industry?

I’ve only been used to work in small teams, and that’s, in my opinion, a great position to be in. Working in such a small team means you have a lot of agency, ownership and responsibility.
Also, the fact that the tasks are so diverse (this was definitely the case in Marie’s Room for me) makes sure you never get bored. There’s always something else to do.

And maybe most importantly. I’d like to see myself not working on games, as in the actual product, but more as someone who creates an experience for the person playing. To see people play and enjoy your game, after all the work, time and effort you put in really pays off. And that’s a wonderful feeling.