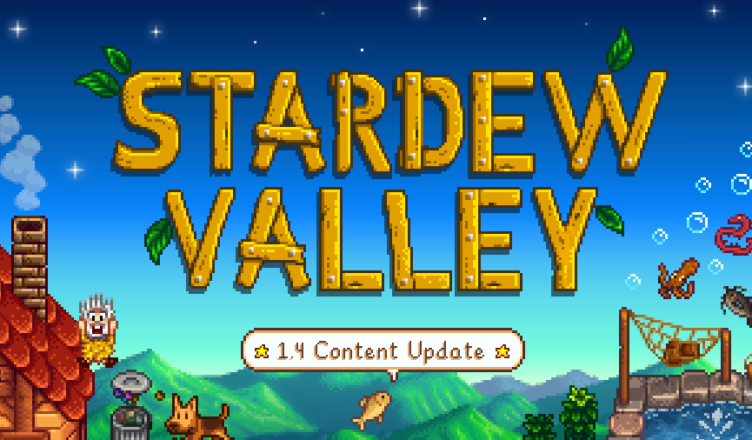 On the 26th of November, developer ConcernedApe released update 1.4 of the indie hit Stardew Valley to GOG and Steam, bringing many new features as well as quality of life updates. The update will soon follow on mobile and console platforms. I took a quick glance to see what new additions players can enjoy.

One thing I immediately noticed was how much more optimized the game was. It used to randomly drop framerates before going back up to a stable 60FPS, but it only happened once and very briefly in the couple in-game days that I played.

Many players will appreciate the new screenshot feature, which will capture the entire area that you’re in, not just what you see on screen. The screenshots can be taken at 25% zoom and up to 100% zoom, the lower levels perfect for small filesizes but the higher zooms great for image sharing. Interestingly, it works even in mines, allowing you to see the entire layout of the current floor, including where the stones and monsters are.

That said, you can only access the screenshot button from the very bottom of the settings screen, which means you need to scroll a lot to get there! You can’t even bind it to a keyboard button. In addition, it does not remember your zoom level, always resetting to 25% whenever you close the options menu.

Players who unlocked the quarry will find a new cave entrance leading to a dungeon mineshaft! Although it is only a single floor, the enemies include hard-hitting slimes and flying skulls. You can also find stones and minerals there, but if you make it to the very end of the floor, you’ll find a reward waiting for you!

Other new changes include a desert trader who uses the barter system instead of money (good luck getting 333 Omnigeodes for a magic hat!), a fishpond for raising your own fish, the ability to upgrade your character’s trash can at the blacksmith to get back some of your trashed item’s value in money, bugfixes and more that you can read about here.

Have you played Stardew Valley’s latest update? What do you think of it? Let us know in the comments!

Do you have a low-end PC? We got you covered with 10 Good Games for Bad PCs!