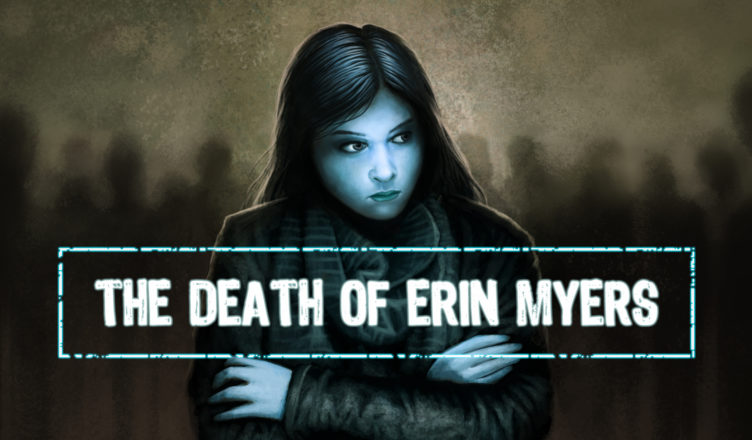 “All men make mistakes, but a good man yields when he knows his course is wrong and repairs the evil. The only crime is pride.” Sophocles

The Death of Erin Myers is the first in a series of five, stand-alone, self-contained point-and-click adventures by Daniel Peach (Viperante). Former police officer Erin Myers is dead, she is also the protagonist. The player must explore a non-linear series of poignant events and dreams in order to establish how and why Erin met her end.

The game and the four stories set to follow are narrative-driven and focus on a specific idea, character or situation. Inspired by short stories, they are designed to be comprehensive experiences that can be completed in one sitting, taking 1-2 hours to play. The Death of Erin Myers is quite a dark tale and definitely touches on some heavy subject matter, including references to emotional abuse, drug use, alcoholism, and violence as well as frequent use of mature language.

The scenes are static, meaning the environments and navigation capabilities are minimal, however, they are well constructed and with nice, somewhat monotone aesthetics within each area. The characters are drawn well, with a comic-book feel to them and contrast heavily with the more realistic looking backgrounds. The only drawback in terms of the game’s visuals is that the resolution is fixed at 1280×720 which ends up looking quite small on a 4k monitor!

The game uses 100% mouse controls and employs fairly standard point-and-click mechanics with inventory-based problem-solving. The puzzles did get a little convoluted in places, at times I wondered if extra steps had been added in order to increase the playtime, however, they were mostly logical and fun to figure out!

There is no voice acting in The Death of Erin Myers but apart from a few bits of slightly stunted dialogue the game is well written. There were a few instances where I felt I was being given too much information, holding back on this could have created a much more imposing sense of uncertainty and suspense. It becomes clear very quickly that Erin is disliked and her character is painted in a bad light from very early on in the narrative, a more gradual reveal of her character could have been much more impactful.

The sound effects were utilised well within the game but the soundtrack was a standout feature of The Death of Erin Myers. It features some really pleasant piano music whilst also building in tone and volume to create more ominous moments.

Overall, The Death of Erin Myers was a fun little experience. It doesn’t necessarily bring anything new to the genre but has an interesting story and makes for a good single-sitting playthrough, especially as it costs less than £2! If you’re a fan of the genre and want something short and enjoyable I’d happily recommend it.

To be in with a chance of winning a copy of The Death of Erin Myers (or just to chat!) simply join our Discord server and react to the announcement! The winner will be chosen at random on Wednesday 28th August!

If you liked this, why not check out our other mystery and point-and-click game reviews?