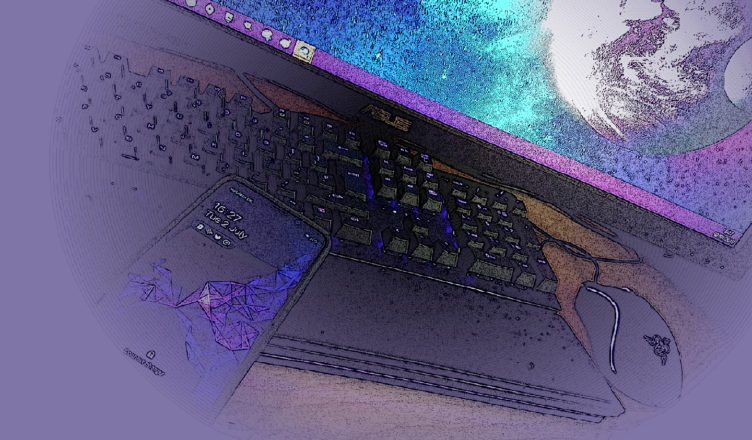 I started gaming on a Commodore 64 and the first mobile game I played was Snake on my Nokia 5110 but once I was introduced to PC gaming I never really looked back (maybe the odd glance). I prefer to play games on PC and my platform of choice for purchases is usually Steam. However, I put Gorogoa on my wishlist some time ago, thinking it looked like a beautiful and unique puzzle game but also didn’t really have the playtime to justify the £11.39 price tag. It was only by chance that I stumbled across the exact same game on Google Play for a third of the price – but why?

I looked into the content and functionality of the game and could not discern any tangible reason for the vast price difference and subsequently bought the game on mobile instead. The game provided 2-3 hours of playtime which matches that on PC, while this was acceptable to me at a cost of £3.79, I would have been disappointed had the cost been any higher.

This prompted me to check out some other titles available on multiple devices and take a look at the price discrepancies. It appears to be a common trend for games to cost significantly less on mobile than either PC or consoles, despite the product being essentially identical.

The following table shows the RRPs of various comparable games on different devices. The mobile prices were taken from Google Play, PC prices from Steam, GOGand Humble and console prices from the PlayStation, Nintendo and Xbox stores and were correct at the time of writing.

Life is Strange, a title by Square Enix is almost half the price on Google Play than it is on other platforms but despite the much lower cost the company have been regularly criticised over the years for their ‘expensive’ mobile games and a quick Google search will show a plethora of forum threads on the topic. Even back in 2012, Square Enix were defending their pricing structure, and had the following response to questions from Kotaku:

There are several reasons that could explain in part why mobile games are generally lower in price. The first thing that springs to mind is the general nature of mobile game and app stores. In a sea of freemium and free-to-play (FTP) games, anything costing more than a few quid will stand out like a sore thumb. Life is Strange, which I would personally consider very good value at £8.99 for all five episodes, will obviously appear expensive by comparison. I visited Google Play’s game store and the first 69 titles that were displayed were FTP, the 70th title was Minecraft, which again, at £6.99, appeared pricey next to so many free games. This is also much lower than the cost of the game on PC (£17.95) or console (£12.99 – £16.74) but does has the justification of different levels of functionality across devices.

What this could imply is that mobile gamers are simply so used to low price games and freemium pricing structures that they are reluctant to pay more up front for an experience. However, technology is advancing, in terms of both hardware and software, mobile devices are increasingly capable of running complex games. This means that there will be more and more mobile games that are ported from PC or console and provide very similar experiences yet the mobile gaming market, in its current state, doesn’t seem to be able to reflect this with comparable pricing.

Another factor to consider is the increasing size of the mobile gaming industry within the global games market. According to a 2019 report by Newzoo, mobile games account for the 45% of the market, making it the biggest segment, followed by console games (32%) and PC games (23%). The mobile games market also has a high rate of growth year on year, with browser games being the only segment in decline.

So, is it the number of mobile game purchases that enable developers and publishers to charge less and still make a profit, and if so would the PC and console segments increase in size if the prices were lower? Alternatively, do mobile gamers have a slight sense of price entitlement ingrained as a result of how the market developed leaving PC and console gamers to foot the bill? Maybe the lower pricing of mobile games also lowers their perceived value? This would not only add to the notion that more expensive mobile games are inherently overpriced but could also contribute to silly elitist ideas that mobile gamers are not ‘proper gamers’ (whatever that means?) and consequently deterring people from switching device.

It would seem there are a number of factors affecting the implementation of such varied pricing structures across different devices and while they go some way to explaining it, I’m not sure they justify it. However, without overhauling the entirety of the games market and industry, I don’t think it is something that will change anytime soon so from now on I’ll be sure to check prices across platforms and at least make an informed purchase!