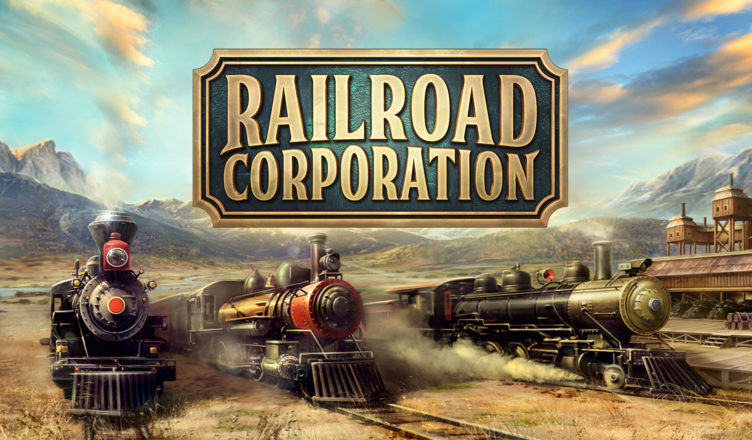 Railroad Corporation is a management game by Corbie Games and published by Iceberg Interactive that puts you at the helm of a railroad company in the 1800s. The game is mainly concerned with the aspect of being a company that connects demand and supply in towns, farms, mines, and others through railways and trains.

Every single detail in the game is one worth considering. You must buy locomotives and keep them in good maintenance to avoid breakdowns. Prices of goods change based on the town’s demand and supply, and they won’t accept any more units of one good if they have the maximum they can hold. Each unit of a good has a price, weight, and accordingly affect your trains’ speeds. You can load a couple of units of a stop’s supply and unload it at another stop that demands it. How you lay your rails determine the cost of the rails and your locomotives’ motion. Ultimately, all these details determine your profit and efficiency. There are other details like upgrading stations or your office and installing new rooms, researching to make the trains better, hiring people or buying entire businesses.

The game’s tutorial starts off easily, and though the interface may be confusing at first, you would get used to it during the tutorial, although the interface makes laying down tracks an ordeal because you aren’t allowed to revise the turning points, instead you are forced to delete it all and start anew, which is infuriating especially if you’re trying to build a longer but cheaper railroad.

By the first mission, Railroad Corporation gives you a glimpse of what kind of life railroad managers went through in the 19th century. Trains broke down because I overestimated how much longer they’d go without maintenance – one such incident even halted the main shipment for several days! I took the choice of ejecting two units of passengers in the middle of nowhere on a train that was supposed to be transporting coal for the main objective (if you’re wondering, my company faced no repercussions at all). It was a stressful yet thrilling experience, especially when you enable deadlines for missions. By the second mission, I had been keeping better tabs on what my trains were doing and their conditions, and I am optimistic about getting the main task done even with the slightly higher stakes.

If you’re not a fan of the missions, you can also play in Free Mode, which offers sandbox maps, levels from previously completed missions as well as challenge maps. There are also

Railroad Corporation’s art style is not a strong point for the game as it doesn’t do much to stand out, but they suffice for a management game. If the HUD elements are too small or unreadable, you can increase the scale of the UI up to 120% rather than the default, which I recommend doing if you’re playing on 720p for better readability at the cost of free screen space.

Likewise, the music does give the game a personality with its calming, country vibes, but if you’re playing at the normal game speed for the duration of an entire mission, you will have heard all of them several times over.

If you’re looking for a railroad game where you are responsible for every little detail in your company (and more, such as lobbying politicians or buying properties), I recommend Railroad Corporation. The missions I have played are satisfying and keep you engaged all throughout. Finally, try to be better than me by not ejecting passengers in the wilderness.

You can read our reviews of Iceberg Interactive titles Shortest Trip to Earth and The Soujourn! You can also read my review of the city management game Pocket City!