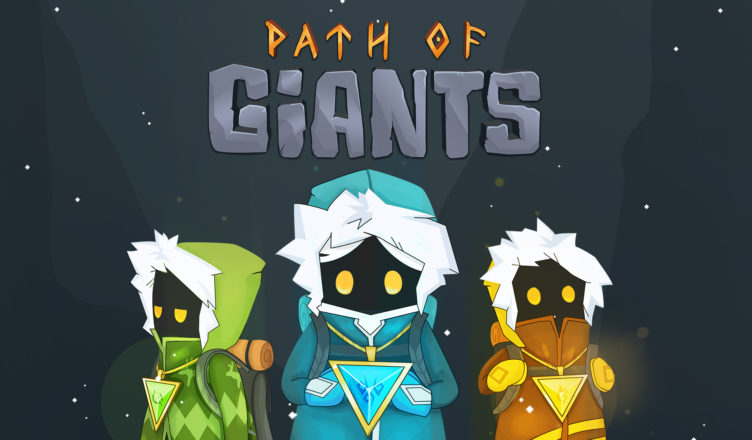 “Your Quest stands upon the edge of a knife. Stray but a little and it will fail, to the ruin of all. Yet hope remains while all the Company is true.” – J.R.R. Tolkien

Path of Giants is the digital love child of Hana and Andrew, the married developers and founders of Journey Bound Games. It a serene puzzle game in which three explorers traverse icy caverns and snow-covered cliffs on their quest for a lost treasure. Each level requires the use of teamwork between the explorers to help them solve the puzzles, putting an interesting twist on the puzzle adventure genre.

The game consists of 17 levels, each made up of a series of increasingly complex puzzle platforms and three collectable coins that can be obtained by finding smashing pottery. The main storyline is contained within the first 12 levels that must be completed in full in order to enter the hidden chamber (level 13). Once completed, unsatiated players can access four additional festively styled bonus levels entitled Winterfest!

The puzzle platforms in each level require the player to control each of the three explorers, Matchi, Bern and Totch and have them work together to reach various locations and character-specific switches. The end solution of each platform allows traversal to the next with each level culminating in a door locked with a tile rotation, pipe re-arranging puzzle. The basic principles of the gameplay stay the same throughout Path of Giants but different mechanics, such as doors, moving platforms, and scales are added as the explorers advance.

Path of Giants contrasts the cute and colourful styling of the characters and puzzle elements with the cold and muted tones of the vast environments in the background. The juxtaposition of the relatively small platforms against the clouds, monuments and towering statues helps create a sense of scale and gives the player an indication of a more expansive world.

The characters speak in adorable gibberish to each other, adding to their cute overall aesthetic. Another nice addition is the ability to change the colours of the characters and corresponding game elements, though the choices are limited to three each. The game also features a relaxing and thoroughly charming soundtrack composed by Clark Aboud, who has written music for a number of games including Slay the Spire and Kind Words.

Cute characters, lack of timers, no death and delicate music combine to make Path of Giants a stress-free, and even calming experience that still provides a bit of a challenge. It will provide around 3-4 hours of fun and relaxing gameplay and whilst this does seem a little short to justify the PC price the game is well designed to work as a mobile game and is definitely worth the Android and iOS price tags!

Ever wondered why mobile and PC games are priced so differently? Check out the following editorial:
Device Price Wars – Why are mobile games cheaper?