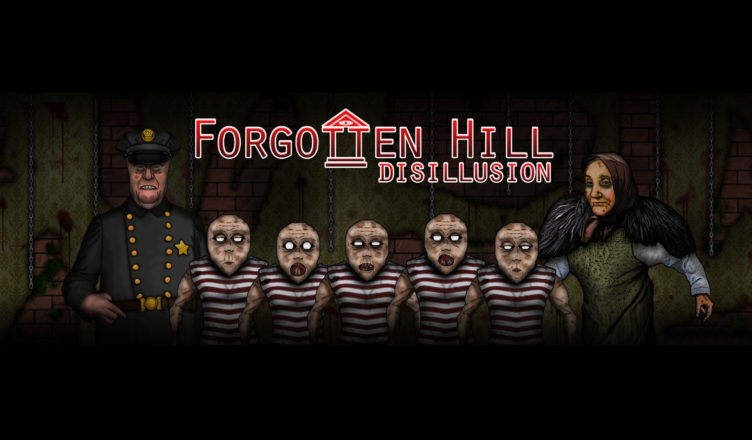 “The sky was red, but not warm red of a sunset. This was an angry, glowering red, the colour of an infected wound.” – Neil Gaiman

Forgotten Hill: Disillusion is a macabre, point-and-click puzzle game set in the eerie Forgotten Hill museum. This game is the fourth instalment in this Forgotten Hill series and follows the dis-adventures of the same main character, Mr Larson, as he explores the past, the present, art and nature, in a bid to discover the truth!

The previous three episodes, Fall, Puppeteer and Surgery, that released only on mobile initially, are now available for PC and Mac on a name your own price basis via itch.io. Alternatively, a flashback story, Forgotten Hill Mementoes, which released in 2018, can provide players with a glimpse into the memory of the most mysterious residents of Forgotten Hill and their history. This title released on mobile, as with the previous episodes but is also available on Steam.

Forgotten Hill Disillusion is instantly reminiscent of the Rusty Lake series of games (review here). A comparison is revealing, not only in terms of the game’s styling and visual aesthetics but also the type of gameplay, setting, the narrative design and genre, even the structure of the game’s name! The similarities presented lean uncomfortably away from innocently overusing inspiration and veer worryingly close to plagiarism territory.

The art has a dark, illustrated style to it that compliments the dated location and setting. However, the game’s overall resolution was capped at 2560 x 1440px (I could not find options to change this) which looked less than Ideal on a 4k monitor. Additionally, it seemed as though different assets of the game also had inconsistent resolutions resulting in a mix of clear, pixelated and even blurred components that do not match each other. This not only looks suboptimal but is also jarring enough to detract from immersion into the narrative. The soundtrack is largely made up of piano music and distorted voices and spooky noises, this adds to the general ambience and increases tension in places but doesn’t bring anything new.

The puzzles and general gameplay are Forgotten Hill: Disillusion’s best feature. The game uses familiar inventory-based puzzles, as well as logic and memory puzzles amongst others. Whilst this is again, very similar to other titles, especially in the gruesome nature of some of the solutions, the puzzles are varied and implemented well, making for a fun and challenging experience. In particular, the addition of a camera that reveals an alternate view was a welcome addition that added a much-needed element of individuality.

The overarching narrative was interesting, though again, thematically familiar. The story takes place across four chapters and is delivered well for the most part, however, the writing came across as somewhat basic. The text inside some of the books and various inventory items contained small mistakes, lacked punch and were not distinguishable from each other by any variation in tone or style. It was the unusual and often grotesque details and additions that really brought the story to life and added the bulk of the interest.

Forgotten Hill: Disillusion does have something to offer in its vast array of puzzles and solid 5-6 hours of gameplay. However, it is hard to praise a game that seems to have drawn so much inspiration from another title without crediting it. The gameplay was fun and quite varied, within the confines of the genre, unfortunately, the lack of both originality and accreditation makes it difficult to recommend Forgotten Hill over more polished titles such as the Rusty Lake series that this appears to be trying to emanate.

If you enjoyed this you may also want to check out some of our other point-and-click horror game reviews such as Distraint – Rusty lake: Paradise – Goetia